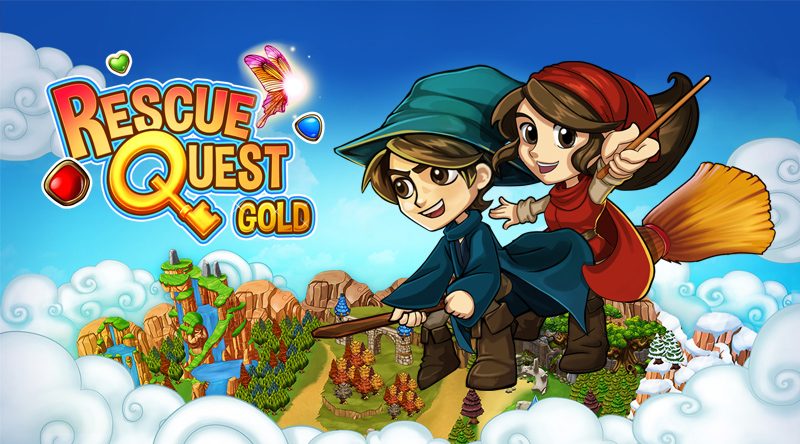 August 2, 2017 – Boomzap Entertainment brings back its hit mobile match-3 game to Google Play through Rescue Quest Gold. With its path-based scrolling mechanic, it combines the classic elements of a match-3 game with strategy as you fight against foes and navigate your way across the board to reach your goals. Originally released in 2015 as a free-to-play mobile game by leading casual game publishers in exclusive territories, it is now self-published worldwide by the Southeast Asian studio and returns as a premium “pay once and play” game with no free-to-play elements.

Enjoy over 200 main levels of uninterrupted fun across an epic fantasy world. Rescue Quest Gold is re-balanced for a more casual feel without sacrificing the strategic depth of the original. It also features a new ending, gorgeous new effects, and never-before-seen exclusive content. Players may choose between Boom and Zap, the young magicians on a quest to rescue the Spritelings from an evil sorcerer. Match three or more gems to clear a path towards your goal and overcome enemies using spells that you learn as you progress.