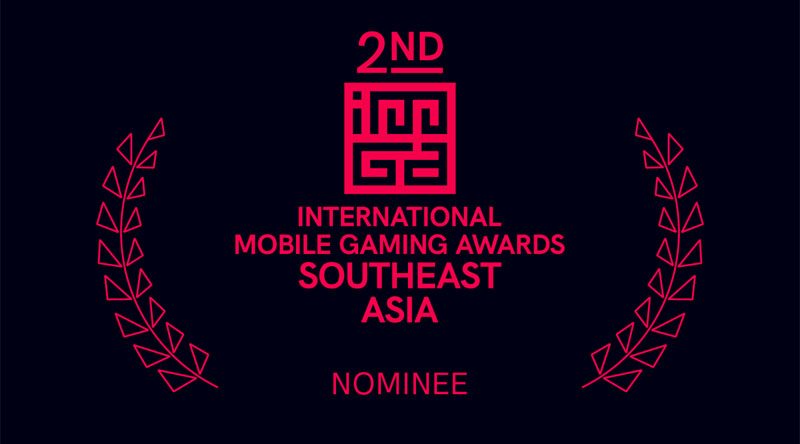 SINGAPORE — September 5, 2017 – Boomzap Entertainment announced today that it has been nominated in the 2nd IMGA SEA. The IMGA (International Mobile Gaming Awards) is the longest standing and highest regarded mobile games award program started in 2004.

Rescue Quest Gold is a remastered version of the path-based match-3 game by Boomzap with an all-new ending, improved effects, and no free-to-play elements. Play through 200+ levels as you follow the road to Turnspell Academy and study to become a full-pledged wizard! However, magic is slowly fading as the Spritelings steadily disappear. It’s up to the twin magicians Boom and Zap to rescue the Spritelings and save the world from an evil sorcerer. Match three or more tokens and clear a path while fulfilling level objectives: defeat enemies, overcome obstacles, collect keys, or race your way to victory!

“Nominees like Rescue Quest Gold highlight the new standard of creativity and the emerging quality of the productions found in mobile gaming”, said Maarten Noyons, founder of The IMGA. “Out of more a hundred total submissions, Boomzap’s game was one of the few to rise to the top of the prominent list of jury’s best experiences.”

As a nominee, Rescue Quest Gold is also eligible to win the People’s Choice Award, which is voted online by fans across the globe. From now until October 10, 2017, Boomzap fans and gamers can cast their votes at sea.imgawards.com.

For the first time, the 2nd IMGA SEA award ceremony will be held in Singapore during GameStart 2017 and the SEA SUMMIT, a new B2B conference for the Southeast Asian game industry players. Jointly organized by IMGA and Eliphant, the summit aims to facilitate knowledge sharing, networking and collaboration opportunities among companies based in Southeast Asia, and those looking to enter the region. This conference will highlight the games business in Southeast Asia.

Boomzap Entertainment is a virtual game development studio headquartered in Singapore, and is proud to be a regional leader in the rapidly growing Southeast Asian game development industry. Since its formation in 2005, Boomzap has developed and released over 45 game titles on PC, Mac, Wii, iPad, iPhone and Android, winning multiple awards and selling tens of millions of units worldwide, making it one of the top casual game studios in the industry today.

About the International Mobile Gaming Awards:

The IMGA is the longest standing mobile games award program started in 2004. With its long history and unique judging process, it has recognized some of the world’s most popular titles in their early days, such as Candy Crush Saga and Clash of Clans. It is the only competition that unites the industry by celebrating excellence and innovation in games.