Today we wanted to share some more art with you – this time some of the art for the Revenant heroes – the evil undead. We wanted to share not only the art, but a bit of the thought process behind why we went in the direction we did. 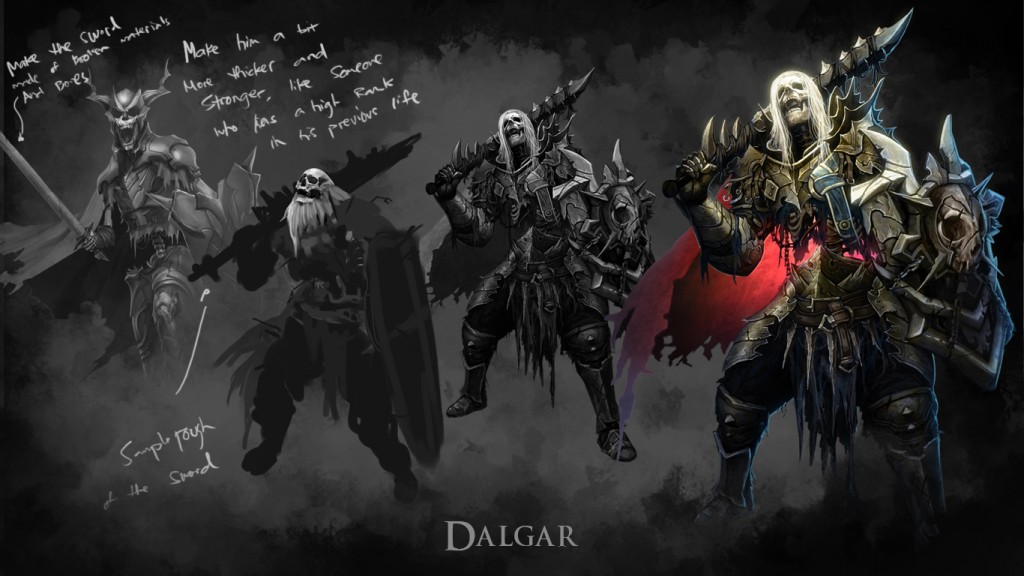 When you think of the undead, one of the most common things you think of is a skeleton. And obviously, we came up with an idea for a skeleton warrior as one of the heroes in the game. Usually, warriors come from some sort of tribal origin, with leather or animal hide as their armor, but we wanted a hero that is stronger and more regal. Someone that is of a higher rank, and can lead an army. Thus we changed the concept for Dalgar to a skeleton knight – upgraded his armor into steel, to match the overall heavy metal theme of the game, and donned him with a tattered cape, to complement his decaying body. As a finishing touch, we equipped him with weapons made of broken materials and bones. 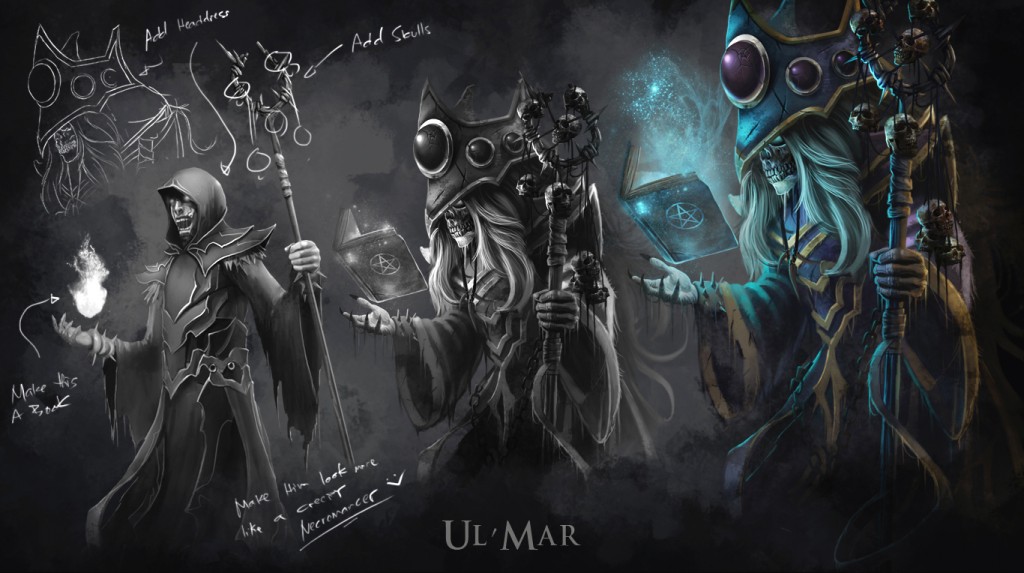 Ulmar is an undead version of a wise, old wizard who succumbed to the dark arts – more specifically, raising the dead. We gave him a cloak, a magical staff, and a spellbook then decorated him with skulls and chains to complete the creepy necromancer look. 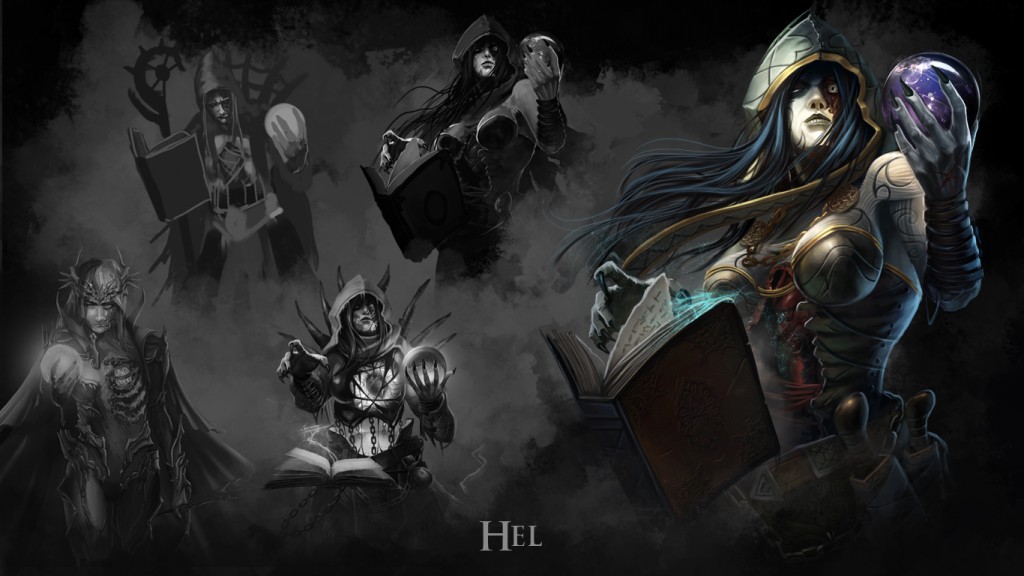 The concept for Hel was inspired by Norse mythology, from the underworld goddess of the same name, known for her hideous face. In Legends though, she practices necromancy as a student of Ulmar. As a younger hero, we did not include a full cloak. We also opted not to show too much of her distorted body, so we equipped her with armor and weaponry just like we did for Dalgar to create a different personality.