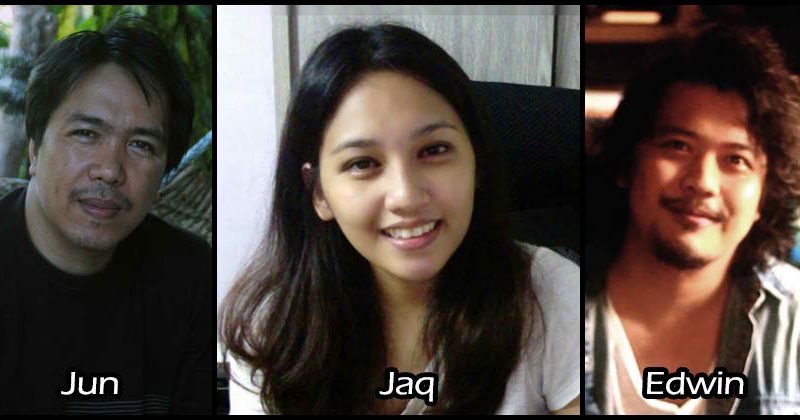 While most of our interviews are about game design, XMashed Games now focuses on our very talented artists. Here’s an interview with the Legends of Callasia art team.

Greetings Xmashers, we’re starting a new segment where we take a look at the process of making art for video games and the people behind these awesome interactive masterpieces. In this series we will talk to artists working in game studios and ask them questions regarding their work. This week we take a look at 3 incredibly talented individuals from Boomzap Entertainment, an independent studio based in Singapore, let’s welcome Jun, Jaq and Edwin!

Hi there! Thank you for agreeing to the interview! Can you tell us a little bit about yourself? Also about where you currently work and what you do there?

Edwin: Hello! My name is Edwin Sablaya. I’m an artist here in Boomzap. Currently, I’m working on a project called Legends of Callasia as the lead artist. During early development, my task was to overhaul the overall look of the UI, then start doing concepts for the bonus cards in the game. Later, I worked on the concepts for troops and some of the heroes, mostly the Revenants, the undead faction in LoC. I also handle our marketing materials. I also help test the game and share my notes to the team.

Jun: My name is Jun M. Martinez. I’ve been working in the game industry for almost 5 years as a 2D artist in Boomzap Entertainment. I’m currently living in Muntinlupa City, Philippines and currently working as senior artist for “Legends of Callasia”. Most of my works are characters and background art. Doing concept art for characters and final art is one of the most challenging work for me since I started as a 2D background artist. My goal is to keep pushing myself both at work and as an individual.

Jaq: I’m Jacqueline Dela Cruz. I’m an artist at Boomzap Entertainment. I came late in the development of the project and almost all artworks were done when I joined the team in September. I mostly worked as a technical artist fixing UIs and art bugs, sometimes working on effects as well. I also made all of the emblems for the shields!

Since you do a lot of concept art, which types of characters do you have the most fun creating?

Jun: I love doing fantasy characters, from there you’ll be able to explore and experiment more.

Jaq: I haven’t done a lot of character concepts. I mostly work on backgrounds. I say it’s the most fun when I’m working on wide epic scenes. It’s just more rewarding to look at when you finish it.

Do you have a favorite software or medium for creating art?

Edwin: I only use Photoshop. That’s my playground since college days.

Jaq: I also use Photoshop to create digital drawings. It’s faster that way.

Jun: I mostly use Adobe Photoshop as tools for digital painting, then 3ds Max and SketchUp for simple modeling.

You have worked on a lot of projects, any particular one you really enjoyed working on?

Jaq: Legends of Callasia is rather different from a lot of projects I’ve worked on.

Edwin: Yes, so far it’s my best project. Imagine being paid painting monsters – monsters that I would also paint in my free time. Add to that being paid playing a game I love playing. I mean, it’s hard to find a project that you love both the art style and the gameplay. Luckily I find it in Legends of Callasia.

How is it any different from any projects you’ve worked on in the past?

Jaq: It’s more of adding art little by little – a piece of map, a character, some buttons – and only when they come together in the game do they make sense, unlike during my old projects. I had worked mostly on hidden object games where you make one big polished scene, like a room or a garden. This one scene may already tell you a story – that’s straightforward.

In Legends of Callasia, you feel more of the development process. Every piece of art we make is like a pillar, a feature. Creating one artwork is like creating one piece of the puzzle, unlike in my previous projects where one artwork is already one puzzle on its own. The next artwork will be another new puzzle and so on.

Edwin: It’s different because I really love the gameplay this time. I mean, I also like the gameplay of my old projects, the Awakening series, but it’s not the kind of game I can keep on playing the whole day. Here in Legends, I can even play the game the whole week while taking notes and having fun at the same time. I think that’s the big difference. You can give much more helpful notes when you are playing a game you really love playing.

What art style or theme do you have for this game? How do you make sure art is consistent all throughout the game?

Jun: It’s a medieval fantasy, inspired by Heroes of Might and Magic. For consistency, we do have color guides and art style we follow; Most of the time we used detail sets for consistency for environment art.

Jaq: We have always been doing this realistic, a bit painterly style in our games with a lot of rim lighting even with our old projects. We use highly saturated colors. It was created for the benefit of our original middle-age market for hidden object games. The results are crispier images with a great variety of colors and strong mood. That has always been the goal and that easily makes all the art consistent. It just takes a great artist like Edwin to take it to a whole new level.

Edwin: We always create stuff within the medieval era theme and like Jaq said, we keep it realistic and a bit painterly at the same time. To make it more consistent, most of the final polishing touch are made by Uncle Jun.

Where do you get your inspiration for your artworks?

Edwin: I have always been a Blizzard fan. I started digital painting because of games like Diablo and Warcraft, so I can say that my art style was influenced by Blizzard games.

Any particular artwork that you like best? How was the process from the initial concept to final polishing?

Edwin: Well my favorite right now is Abomination since it’s one of the few characters that I really finished from conceptualization to polishing. My other top favorites are already collaboration between us artists like Zalaman, Sprig, Golem, Ul’mar, Dalgar, Guard, and Wyvern. About the process, all are made using photoshop from sketch to coloring. Not to mention all the awesome maps created with love by Uncle Jun, Chris and Jaq.

Jaq: One thing I have contributed a lot for art on LoC are on the maps of the game. We have touched the maps a lot of times. You can’t just sketch the map however you like because how the map is designed will also affect each player of the game. So Chris would make a rough sketch of his well designed map; I will put them to polish. Most of the time, it will get revised after testing the map in multiplayer. If it doesn’t work well, like if it favors a certain spot/player, it will definitely get revised. When it’s good, we add all the mountains and trees, little details in the sea, and some tiny islands.

That’s the end of our interview, do you have any particular shoutouts to our readers?

Edwin: Hope you guys enjoy our game! By the way my name is ODOWON in-game, hope to play with you sometime! 😀

Jaq: I hope you’ll enjoy playing Legends of Callasia. I was surprised when I first tested the game, I can barely move in my spot. I was so scared to hit “End Turn” I thought it will cancel every action I made. If you have a hard time learning the game, you are not alone. But when you learn how it is played, it’s really fun! I’m a fan of Command and Conquer: Generals, Red Alert, Rise of Nations, World Wars, Starcraft, DOTA – basically every game that involves conquering –  so it’s also a dream come true to work on a game like it. It’s really a pleasure!

I hope you guys feel the adrenaline rush while racing to triumph in Legends of Callasia. It is an awesome experience plus you can play it with your friends doubling the fun.

Jun: Hope you’ll back us on Kickstarter and vote for our game on Greenlight! If you haven’t tried our demo yet, you can download it at http://legends.boomzap.com