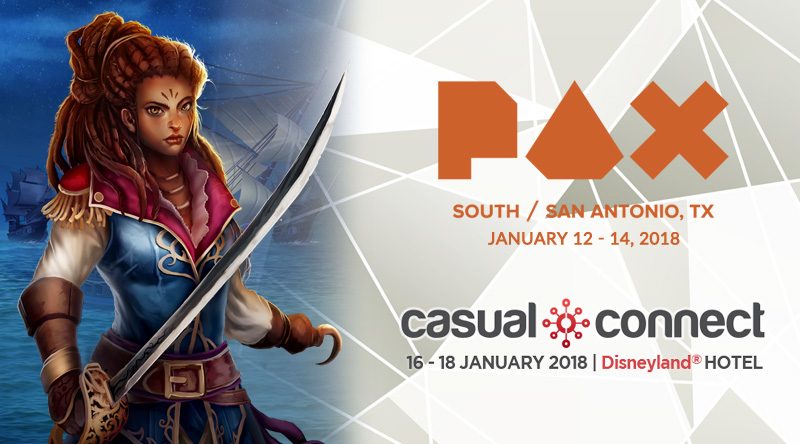 Happy New Year! It’s going to be an exciting start for 2018. Boomzap will be at two game conventions this January.

We are excited to show off an exclusive demo of Last Regiment at PAX South in  San Antonio, Texas. Come meet us at booth #10255 where we also have some streamers hanging out with us.

PAX is a series of gaming conventions founded by authors of the popular web comic Penny Arcade, which are dedicated to supporting and celebrating video and tabletop gaming

On the following week, our Creative Director, Christopher Natsuume, will be attending Casual Connect USA at the Disneyland Hotel in California. For meeting schedules, contact us at bizdev[at]boomzap.com.

Casual Connect is the educational component of the Casual Games Association, the international trade association for casual games professionals.