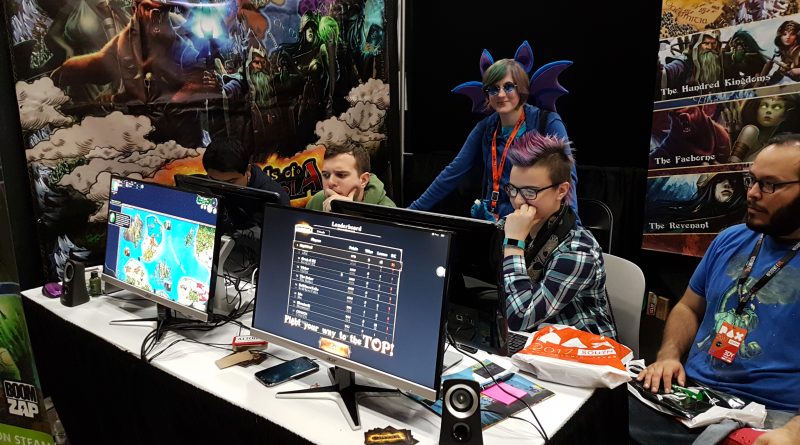 The glamour of indie game development… This is what goes on behind the scenes before a convention.

Our Creative Director, Chris, together with some volunteers from the Legends of Callasia community were at PAX South 2017 last January 27 to 29 in San Antonio, Texas. People came to check out the game and enjoyed it. There was one guy who was definitely hooked and had not left the booth for at least three hours. Things got busy, with interviews happening here and there.

@boomzapcallasia Thanks for letting us hang out with you guys! The game is a blast. We were the people with the dog. pic.twitter.com/8IgeG9NVLP

Thank you to everyone who dropped by the Boomzap booth! More photos on Facebook. Special thanks to our Callasian volunteers who helped out with the booth! Here’s a little video they made after. (Warning: Might not be appropriate for all ages.)