Hey there! We hope everyone’s having a great weekend. So far we’ve been getting wonderful comments about the art – now let us show you how we’ve created some of these heroes.

The Fae are the nature-inspired, the original inhabitants of Callasia. Most of them have distinguished animal characteristics, like Krysbur and Cobbs. 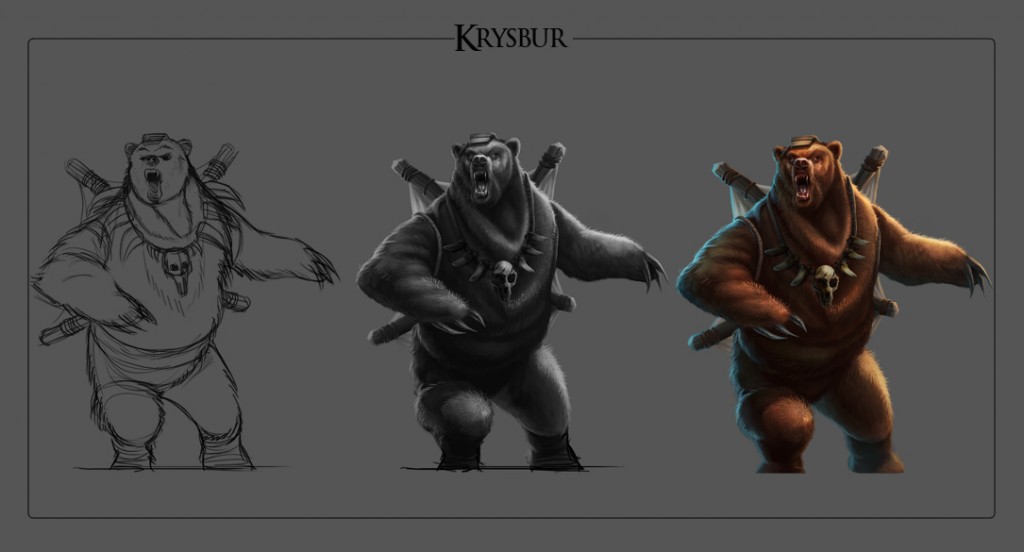 Krysbur has a pretty simple development history. I think bears are cool, and I wanted one in the game. They came back with some sort of bear-human ideas, and I was like, “No. I want a bear. Like a real f-ing bear. With like a necklace of skulls or something. I want to play as a big kick-ass bear” – and they brought forth this art. I was pleased. They named it Krysbur – for “Chris Bear” – if you want to back at the hero-naming level… you can give him a better name. 🙂 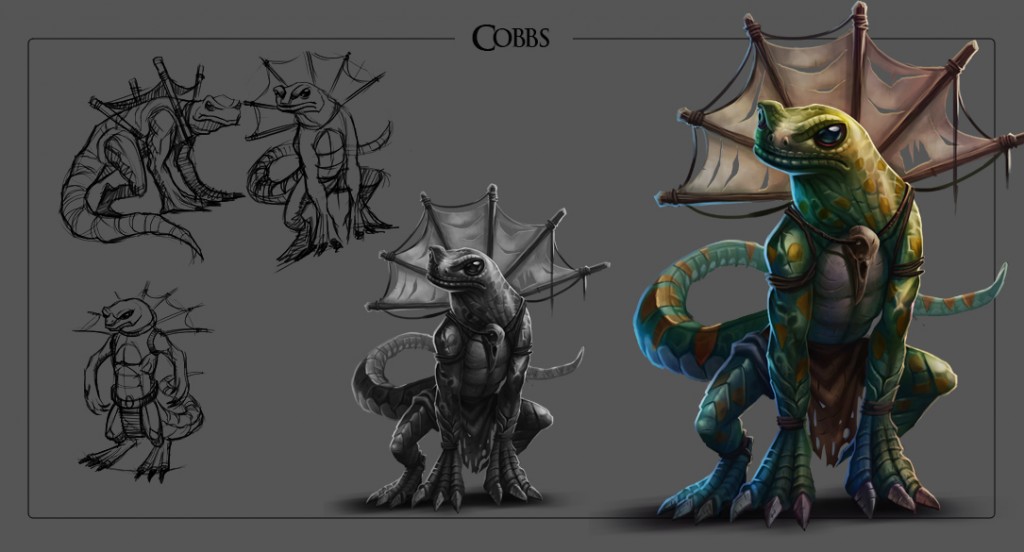 Cobbs, on the other hand, is purely a creation of the artists, who wanted a “lizard man” but wanted something different than what they always see in games… so they took their inspiration from an actual salamander. I have no idea why they named it Cobbs – sounds like a Space Marine name from Aliens, to me. Again – if you think you can name him (her?) better… throw down some money! 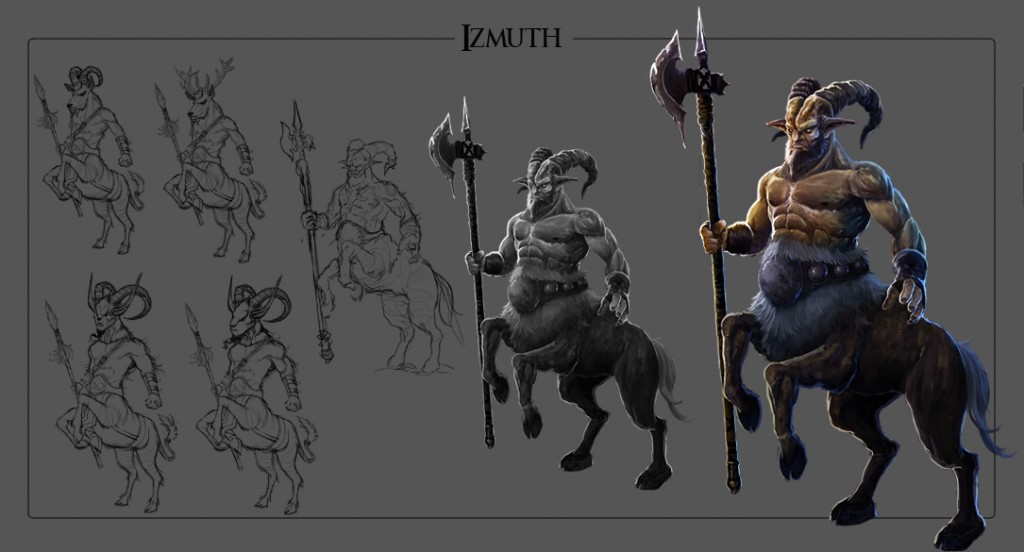 Meanwhile, we’ve also drawn inspiration from classic mythical fantasy creatures such as the centaur – like Izmuth here. In truth, we had a lot of history with centaurs from the Awakening series – where we always wanted to have more centaurs, but for the longest time our publishers kept telling us “Nobody likes centaurs!” and we were all “What the hell? Centaurs are cool!” Well, it’s our game now, and without a publisher, we can put in as many centaurs as we want, and make them as badass as we want!